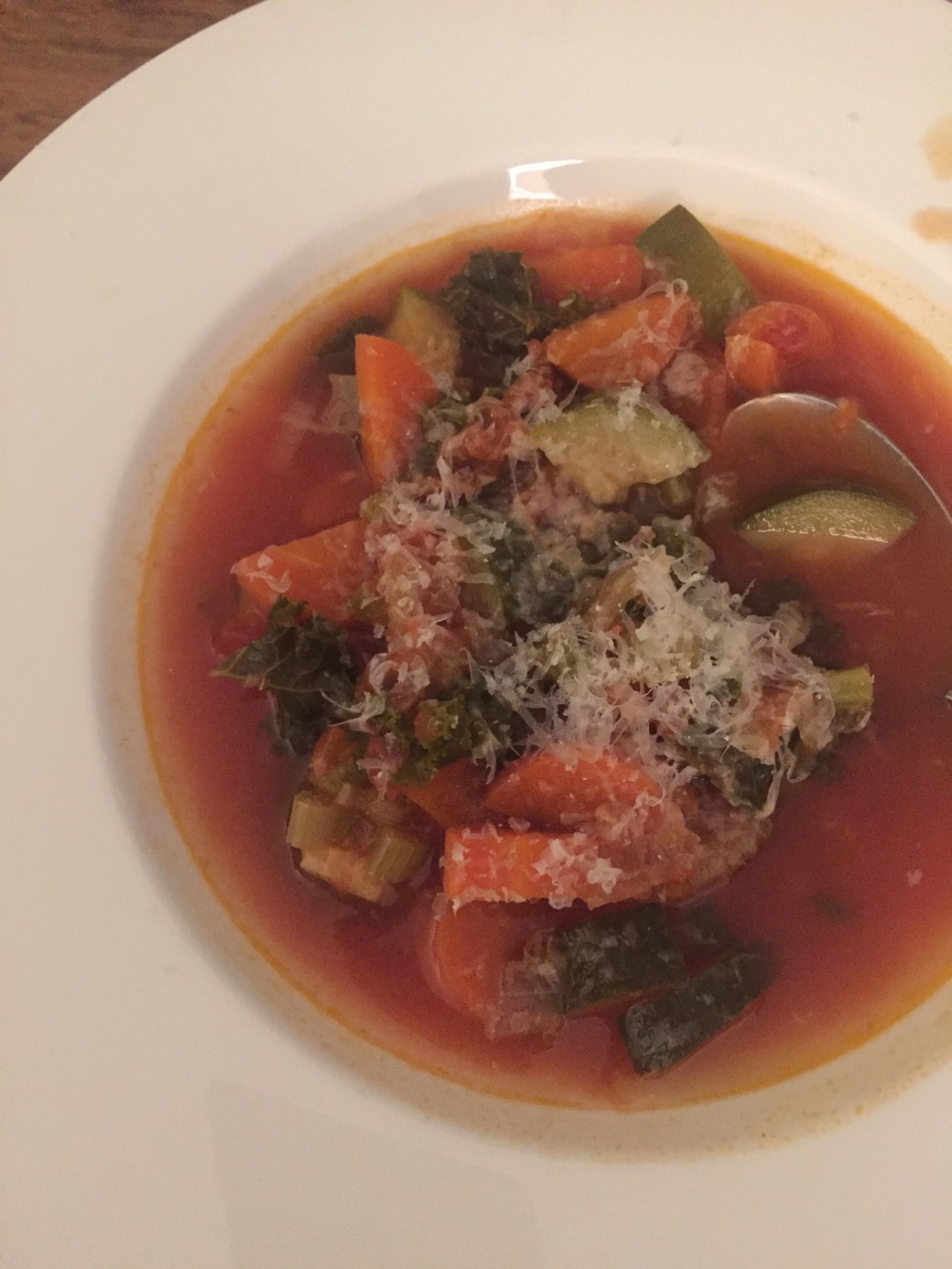 I love my instant pot.  And last night, a Tuesday, I made vegetable soup after work.  And ate it for dinner that night!  It was amazing.  Admittedly, my MIL was here, and we didn’t eat until 8:30 because the baby was sick, but I can see how in a slightly different scenario this could be a smooth part of a healthy dinner rotation.

Here’s how I did it:

Chopped half an onion and sauteed it in ghee in the instant pot while prepping the other vegetable.  I scrubbed and chopped two and a half carrots into half moons (the other half a carrot went into a microwave to be cooked and rejected by the toddler.)  I cut three stalks of celery into slices, and two small zucchini into wedges.  Most of a box of chopped tomatoes, a handful of pre-washed kale, four cups of water and four teaspoons of chicken better than bouillon got dumped in next.  And then, high pressure for ten minutes and another ten or so of natural pressure release before just letting it go.

And, it was amazing.  I served it with parmesan on top and happily enjoyed it two days in a row.